On Oct 13-14 (Fri-Sat), the La Jolla and San Diego units held a joint Non-Life Master (NLM) sectional (flyer) for the second year in a row, this year without the Coronado-Chula Vista unit. Board member Barbara Blake found a great venue, the Lawrence Family Jewish Community Center (JCC) at 4126 Executive Dr., La Jolla, CA 92037. Unfortunately, the playing space is a little too small for a regular sectional but it was great for the NLM sectional, and included plenty of onsite parking and good handicap access. Mike Koscielski from the San Diego unit was once again the tournament chair and our very own Lynne Anderson handling partnerships and a lot of the hospitality. Davis Bennett directed. The La Jolla unit provided its new Kindle Fire tablet devices for a fully modern scoring experience and online results that include contracts and opening leads. We had 68 tables total and a combined profit of just over $500, split between the two units (financial statement).

Note: Sectionals and sectional tournaments at a club (STaCs) are not the same. Both award silver masterpoints, but the sectional payout is 22% higher (11/9) as a result of a masterpoint formula change in early 2015. For reasons too boring to detail, the event was scored as a STaC as per the recommendation from the ACBL but will be rescored by the ACBL later resulting in higher masterpoint awards than those shown at the tournament and online.

October 8th status: The 2017 Best Partnership race is close. At the conclusion of the October 8th unit game, Steve and Kitty Cooper fell to a 57.14% average losing their lead to Kent Hartman and Maritha Pottenger who have a 58.11% average, and Jim Johnsen and Davis Bennett who are a hair behind with a 58.05% average. The Huffakers are in fourth place with a 56.01% average. Kent and Maritha have the best single game, a 71.68%. Last year’s President’s Awards.

David Lodge defeated incumbent Ken Monzingo for the D22 district director position. His three year term begins in 2018. District D22 unit board members were the electors and each of their votes is weighted by the number of unit board members and the number of members in the unit, such that each voter indirectly represents the same number of ACBL members. The election period closed on September 15th.

When flying was classy (and expensive) 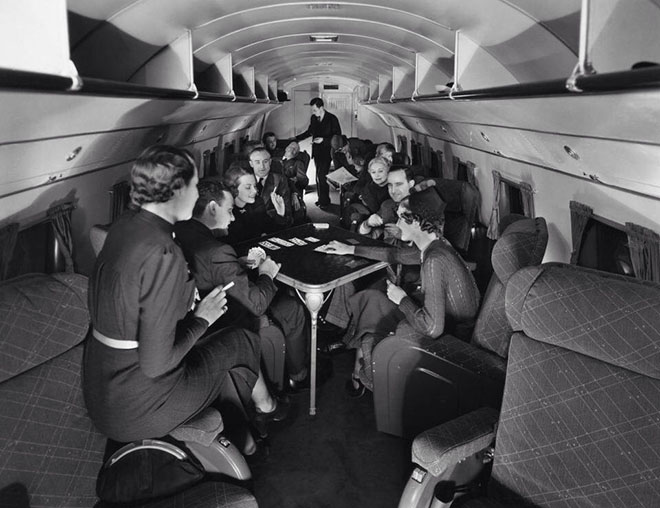 Enlarge This ImagePlaying Bridge on United Airlines in the 1930s

Here is an interesting excerpt from Eccentric Orbits: The Iridium Story by John Bloom:

There was no better example of the Galvin [CEO] way of doing things than Motorola’s complete domination of the Chinese market. All the groundwork for the move into the People’s Republic of China had already begun in 1979, when Patrick Choy, the company’s senior financial executive in Hong Kong, introduced Premier Deng Xiaoping to the game of bridge. Deng loved the game so much that in 1981 he agreed to send a Chinese team to the Motorola-sponsored Hong Kong Inter-City Bridge Tournament. It doesn’t sound like that big of a deal until you realize that it was the first time in history that Chinese and Taiwanese officials had gathered together in public at any event. Just as Dennis Dibos was expected to play golf with the right people, Patrick Choy was expected to practice “bridge diplomacy.” Galvin then decided to beat the Japanese into the Chinese market, not by going head-to-head in China but by taking away Japan’s foreign partners. Motorola aggressively developed business among the “four little dragons”—Hong Kong, Taiwan, South Korea, and Singapore—so that when the time came for to move into mainland China, it was the company full of “sincerity and love” for Asia (yes, they actually used those words), unlike the Japanese who were perceived by the Chinese as rip-off artists. Once they gained the trust of the right people, Galvin told his Asian executives that their next goal was to rewrite the Chinese government’s rules, including—and this is no exaggeration—the Chinese national constitution. China required all foreign companies to form joint ventures with Chinese-held entities and outright forbade wholly owned subsidiaries. Galvin said Motorola wouldn’t be playing this game. It took years to get what he wanted… but when Motorola finally opened a semiconductor factory and a two-way radio factory in the city of Tianjin, it was the first foreign-owned company allowed to operate in China without Chinese partners.

The 2016-2017 unit annual financial report is available in summary form with comparisons to the previous four financial years and also in a month-by-month form showing month-by-month income and expense.

The unit showed a profit of $842.60 for FY 2016-2017, up from $375.35 in the previous fiscal year. FY 2016-2017 was unusual in that we did not hold our regular Memorial weekend sectional. The profit is due to the $865.27 of investment income. The unit would like to thank our treasurer Barbara Blake for the careful preparation of these reports and a sensible investment strategy.

The unit board has ten members with staggered two year terms. Lynne Andersen, Bob Brobst, Ron Ignelzi, Mary Scott Knoll, and also Gail Dunham who was appointed to fill out the vacancy created by Val Frager’s resignation, were reelected on June 11th. Things also remained the same a month later when the unit board picked its officers for the year. Matthew Kidd, Ursula Kantor, Barbara Blake, and Bob Brobst remain president, vice-president, treasurer, and secretary respectively.

The ninth year of bridge teaching at La Jolla High ran from May 15th through June 14th, 2017. This year, Ron Ignelzi, the unit Education Chair found three teachers. Jill and Stephen Seagren taught two periods for the second year in a row, and after a taking a break for a year, Sandra Gagnon was back for two periods in a different classroom.

This year’s teaching schedule was very convenient, two consecutive periods in each classroom, Sandra Gagnon teaching in Ms. Mender’s classroom and the Seagrens teaching in Mr. Kinsel’s classroom. Both classrooms are located in the Science and Technology building and highlighted in this campus map.

We taught the material from the Bidding and Play of the Hand books of the ACBL Bridge Series. Please contact Jill Seagren at 858-254-5550 or jillseagren

gmail.com if you would like to volunteer for the later periods and contact Sandra Gagnon at 702-802-1738 or sandra.gagnon1

aol.com if for the earlier periods. Frequently Asked Questions (FAQ). 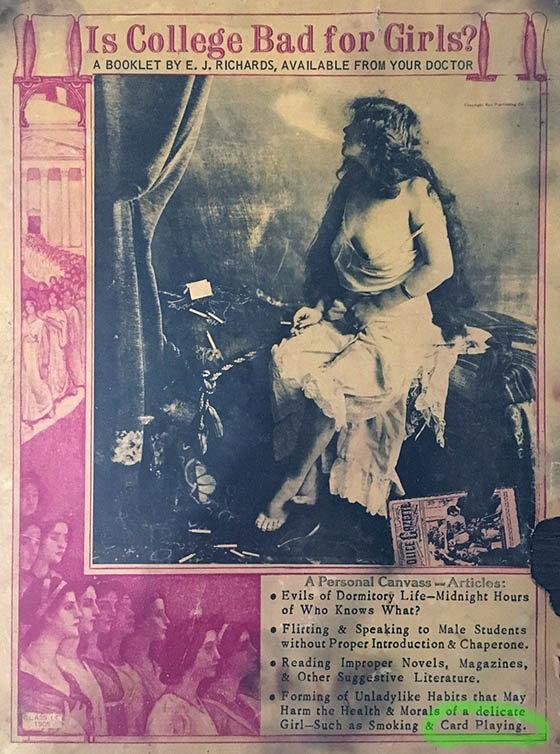 Enlarge This ImageEducation and bridge are dangerously correlated

Fortunately none of our members heeded these early 20th century warnings. 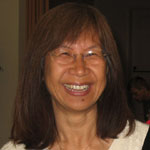 David Abelow, Elaine Chan, and Robert Garin all reached major milestones at the start of the year.

David Abelow became an Emerald LM (7500 MP). It’s just a matter of time before he hits 10,000 MP, at which point he will bypass Platinum LM and go straight to Grand LM because he has already achieved a national title by winning the Flight A North American Pairs (NAP) in 2007, partnering with Richard Wegman. In presenting his award, unit president Matthew Kidd said, “there are players you know are good and then there are the ones you have to worry about. I’ve played against David a few times and he is one of the ones to worry about.”

Elaine Chan became a Gold LM (2500 MP). Mr. Kidd recounted that his former partner Anne Terry, herself any excellent player, had once said about Elaine, “that woman always manages to fix me,” which he noted that while a complaint, is also a very high compliment. At the time Elaine had only a few hundred masterpoints. Imagine the trouble she causes today!

Robert Garin became a Silver LM (1000 MP). Robert and Marie Garin are some of the nicest opponents and were regulars in the Thursday game at the Soledad Club until that game ended. They travel frequently to France and have taught bridge on cruise ships.

2016 Mini-McKenney and Ace of Clubs results

Continuing his emphasis on partnerships and statistics rather than individuals and what the late great Victor Mollo called monster points, unit president Matthew Kidd presented the fourth annual President’s awards at the January 22, 2017 unit game based on the unit game results for 2016.