For the third year in a row, the Holiday Party was held at the La Jolla Country Club (flyer) on the second Sunday of December.

The La Jolla unit is holding its first NLM sectional at the Soledad Club since the 1980s.

The regular unit game will be held concurrently at the usual time of 1 pm.

This event was small, four tables in the morning and eight in the afternoon, but the players had a good time and several of them commented on what a nice venue we have at the Soledad Club. The unit board feels this was an important first step in greater outreach to NLM players.

The October 14th unit game was preceded by an awards ceremony, hosted by Charlotte Blum our new Membership and Awards chairperson. Photos. 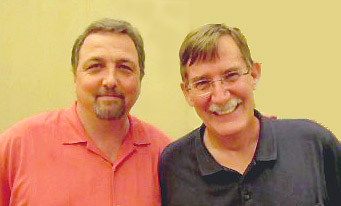 If you have been paying attention you may have noticed our unit game director Paul Darin and former board member Steve Johnson getting in practice sessions around town. Their practice has paid off with a D22 Flt A North American Pair (NAP) victory. Good luck at the nationals!

Have you said hello to Roy and Mary Green? They recently retired in San Diego from Boston and have been coming to our unit games since July. Old-timers might remember that Roy was the ACBL CEO from 1992 - 1998. His achievements included five profitable fiscal years, creation of the Membership Assistance Department and the Bridge Hall of Fame, and prompter delivery of the Bridge Bulletin.

By voice assent, Joyce Bailey and Charlotte Blum were elected to the board at the June 10th Annual Meeting and Election game. Bill Grant, Matthew Kidd, and Chuck Wilson were reelected to the board. This brings us back up to a full 10 member board after operating with only 8 board members for several months. At the July 8th board meeting, Matthew Kidd became president on a coin toss after two rounds of a 5-5 deadlock. Randy Fadem is vice-president. Chuck Wilson and Marge Hughes remain our treasurer and secretary respectively.

Lynne Newman and Randall Dougherty won the Weiss Trophy, the first time for both of them.

Broadway Does Bridge production at the 2012 San Diego regional

Theater once again returned to the San Diego regional. The play was written and directed by Joel Hoersch. John Evans was the musical director.

Dorinda Lindvall prepared all the food for the Valentines Party on February 12th. Thanks you Dorinda!

At the next unit game on the 26th, Gillian Cook and Manzoor Khan, prepared a six course Indian meal. We had 27 tables for that game, seven higher than the long term average.

A TASTE OF INDIA

A Six Course Meal For All Our Bridge Friends

2011 Mini-McKenney and Ace of Clubs results 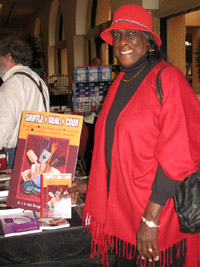 Inspired by the youth bridge camp at the Bridge Academy, Mary Scott Knoll talked a group of us into putting together a fundraising cookbook for youth bridge. The books have arrived from the printer just in time for the holidays and are available at many local bridge venues and at district regionals. The cost is $10. Get your copy of Shuffle, Deal, and Cook today.

Although the Bridge Academy’s games and adult teaching are for profit activities, the youth teaching is a 501(c)(3) non-profit registered as the San Diego Bridge Academy for Youth and now a full member of the Balboa Park Education Council which runs the Summer Camp Program. The cookbook committee hopes numerous San Diego area bridge teachers will take part in expanded 2012 summer bridge camps.