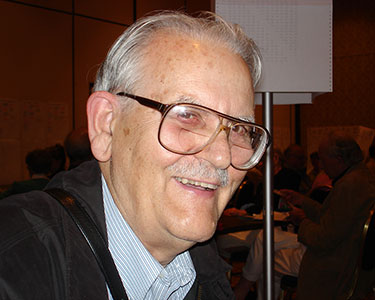 Marvin was a great travel companion. We enjoyed many trips together and traveled often. We shared a great interest in literature, theater, food and our cats Mozart and Lou.

Marvin’s first wife Lois was reported to have committed suicide. Marvin wrote a little book about her as fiction/non-fiction. Marvin said Lois was an officer in the Navy and an excellent bridge player.

Alice went to Hawaii in 2013 for health reasons. During this time, and unbeknownst to Alice, (Marvin was VERY secretive) his cancer returned, metastasizing at an extremely fast rate. Marvin passed away in the hospital, visited by his daughters, April French Haines and Renee French Teems. His other daughter Mimi lives in Oregon.

Marvin’s curmudgeon character will be well missed in a odd way; he was definitely a memorable person.

Marvin was a character; bridge in San Diego will not be the same without him.

I knew him only as an exacting, ”evil” opponent who took every trick his due, plus one or two more, from me. And I say that with fondness and genuine affection for the man.

Marvin was a fiery, no nonsense competitor at the table, which cost him several partnerships. And he had no patience for bridge politics as he was constantly uncovering real and perceived injustices and poor judgment at all levels of management. Such made him unpopular with those in charge, but an unknown champion of the masses.

Marvin’s most peaceful days were his last few years living with his partner Alice Leicht. Alice had the patience and temperament to soothe his inner battles, and the two of them seemed to enjoy a unity of mutual admiration and respect. A more mellow Marvin with Alice revealed a man of deep thought, a little wit, and an insatiable desire to succeed. He was hard to know and had few friends, but many of us who spent time with him in his later life respected his honesty and his willingness to say the tough things. He never let go of his ideals—in bridge and politics.

Like him or not, he was a unique man. A leader, not a follower. A brilliant man of honesty and integrity.

Marvin was married twice, to Lois (1955-1960) and Mary Ann (1960-1988), and had a long term relationship with Alice Leicht. Lois, a nurse, died many years ago under mysterious circumstances. Marvin told me that Mary Ann has had serious medical problems recently.

Marvin and Mary Ann switched from the San Diego Unit, where he was president, out of pique. They dictated policy and actions from above and the peons (I was one of them) rebelled. So they bailed.

Marvin was one of the finest players in San Diego for many years, playing with the likes of Bill Chapman, who died relatively young, and Bus Dayton. I know he won Regional events with Bus. They were feared even in LA. And he was a curmudgeon at the bridge table.

While never close to Marvin, we had a very friendly relationship in recent years. He held strong beliefs about bidding, never accepting the switch to five card majors. But primarily he believed the game was won and lost not in the bidding but in the play. As he said, ”bridge is a card game.”

He wrote extensively on bridge and his beliefs and had no time for the humor and politics that currently pervade the Internet. He was extremely intelligent and did not suffer fools.

I knew Marvin for many years, but we only became closer recently when he would e-mail his newest poems or thoughts. I know how lonely he was without Alice. RIP, Marvin.

I still have a plaque that Marvin, Margaret Holt, Lynn Horobetz, and I earned back in 1987 for producing a show down in Fashion Valley called A Bridge Across Time. It was a memorial dedicated to the many early members of the San Diego county bridge units who had passed on in the ‘70s and early ‘80s. Now the mills of time are starting to grind away at those of us who put who put that show together.

Marvin French was born in Waukegan, IL and grew up in Chicago and Lake Forest, IL. He served in the U.S. Navy during World War II and then studied at Brown University and San Diego State University. He lived in San Diego from 1947 onward, working as a software engineer in the nascent aerospace industry for thirty four years, twenty six at General Dynamics and eight at Cubic Corporation.

He was Life Master number 1023 achieving the rank in 1956, “when it was hard” as he liked to say. Marvin wrote many bridge articles for Popular Bridge, Bridge World, and in the ACBL’s Bridge Bulletin and he was a long time ACBL Patron Member together with his wife Alice Leicht. He served as an ACBL Casebook expert panelist, critiquing the performance of tournament directors and appeals committees in regard to disputed table rulings at North American Bridge Championships. These cases usually involve difficult considerations stemming from breaks in tempo (BITs) or unauthorized information (UI).

Marvin, while not denying the importance of good bidding judgment, felt card play was more important than complex bidding systems and the use of a large number of conventions. He favored four card majors long after the community had shifted to five card majors, both in Standard American and 2/1. He created a bidding system called Skeleton, designed to minimize the use of conventions. But at the same time he created the more sophisticated AmBIGuous Diamond bidding system. His Squeeze Refresher is worth a read by all serious players. Marvin was thrilled by the publication of The Rodwell Files in 2011.

Even local players might not know that Marvin introduced the first card dealing machine, a Duplimate, to the San Diego area. This kicked off a wave of local innovation. Evan Bailey wrote code to merge ACBLscore results with the hand records that was used at Adventures in Bridge. This software motivated Matthew Kidd to write an improved program called ACBLmerge, which is open source. Then Philippe Lamoise built Bridge Results on top of ACBLmerge.

Marvin played Blackjack for profit during the 1980s, writing many articles for Arnold Snyder’s Blackjack Forum under the name of Marvin L. Master. Local bridge player Roger Zellmer was his frequent sidekick during his blackjack adventures as well as a regular bridge partner.

Marvin was a staunch atheist and strong defender of reason in the face of religion and other forms of unreason. He was a member of both the International Society for Philosophical Enquiry and the Committee for Skeptical Inquiry (CSI).

Marvin married two times—to Lois and Mary Ann, and had a 22 year relationship with Alice Leicht. Alice, who survives him, shared his interests in both bridge and literature.

Marvin has a personal website from which I have drawn some material for his biography, in particular his essays About Me and Alta: A Love Story. I vacuumed up a copy of it before his webhosting service expired. I did the same thing for Evan Bailey’s website and have slowly been rehosting it on the La Jolla Unit website. It is a slow project because I have been trying to bring Evan’s ancient HTML code up to modern standards compliant code without accidentally altering any of the bridge. Marvin was happy to hear I was doing this and hoped I would do the same for him when he “kicked the bucket.” I will eventually rehost all his bridge writing and perhaps also his blackjack articles (completed in July 2015).

Marvin regularly wrote letters to the ACBL Bridge Bulletin. A search through the last five years (ACBL login required), turns up one letter from the April 2011 issue which is reproduced below.

Ken Lindsay’s letter (December, page 8) concerning natural bidding prompts me to report on an experiment I have been running this year with several partners.

It consists of a Skeleton System (bare bones) that includes a very small number of conventions. No Stayman, no transfers, no Blackwood or Gerber, no artificial raises, etc. Strong two bids in all suits, strong jump overcalls and penalty doubles of overcalls. Four-card majors, of course. Think 1949 Goren. To add some spice, Skeleton includes a 1NT opening of a good 12 to a poor 15 high-card points.

The only conventions (besides the universal takeout double) are Herbert responses to strong two bids (next higher denomination is a negative response), Landy versus 1NT openings (2♣ for the majors) and unusual notrump by a passed hand only. The strong 2♣ opening can be based on a club suit or a balanced hand with 23 or more HCP.

The experiment has been a success. With no need to think about complicated conventions and treatments, we can concentrate on card play. William Bartley and I played Skeleton for six days at the Orlando NABC, and the lack of conventions hurt on only one deal. With no Michaels cuebid, I overcalled 1♠ with 5-5 in the majors and played it there, just making, when eight tricks were available in a heart contract. Darn, my right-hand opponent had 15 HCP and did not open 1NT despite a range of 15-17. That spoiled our perfect record.

My purpose in adopting Skeleton was twofold: (1) to do away with all the complications of conventions and the attendant misunderstandings and (2) to demonstrate that conventions are not nearly so important as good card play. If beginners would learn Skeleton instead of “Standard American,” they would do much better in their formative years. It’s a card game, after all. First, learn how to play cards. 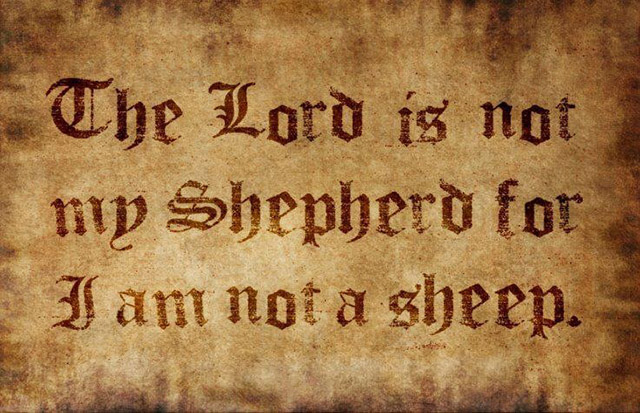 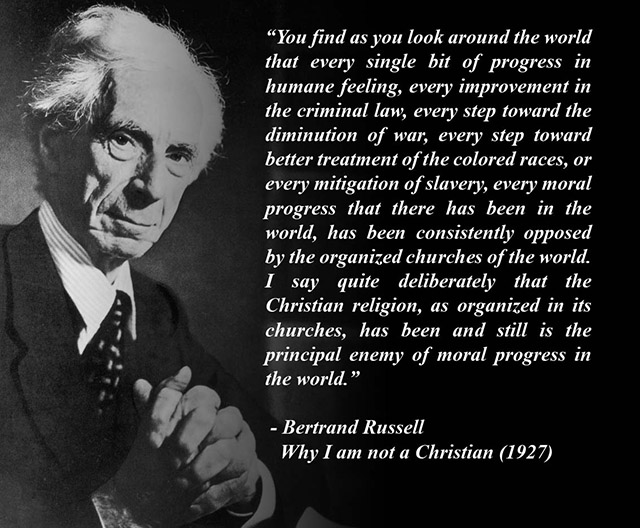