There were several people and many factors that contributed to my co-chairing our unit’s most successful NLM Tournament last weekend. In fact comparing our unit’s size with other units in our area it may out rank their outcomes comparatively on a per capita basis.

My choice of venue came from my association with bridge at the LJB&T Club, and its incomparable draw as a venue. Thanks to a great idea, and the memory of the current owner’s late grandmother's love of bridge, the La Jolla Beach & Tennis Club opened its doors to us under the sponsorship of two of our unit’s members, Buster and Tinker Mico. The location was a great substitute for having to provide a lot of the usual food. Bagels and smear along with coffee and tea sustained the crowd without a complaint for more food. Val Frager’s idea and hard work integrating restaurant week offers of local restaurants more than satisfied the group for lunch on their own, and brought many players back for the afternoon session without costing us a cent. Val as my co-chair spent hours of effort, and the good will she has with bridge players in general, and NLM’s in particular, was a real asset in getting folks to attend. She pitched in and along with me caddied on Sunday when our caddy became ill shortly before game time. Cass Donovan as partnership chair helped those without get together.

John McCright, our director did an excellent job. It was John’s first sectional level tour as director, and he showed not only expertise but finesse and patience with the newbies many who had never played in a tournament let alone heard of the ACBL or our unit before. Matt and I worked together to design the flyer, and he saved us money in printing costs by only charging for paper.

The tournament generated a lot of master points for those who played. Most of the players were in the upper two strats (100-300 and 300-500 MP's) with only 12 in the 0-100 MP range. I suspect that our large representation of non ACBL members (and therefore no master points) would swell the latter number. Those non ACBL members who played that are locals should be a focus group for our new member chair.

The first six photographs below taken by Matt on the second day of the tournament begin with a shot of the three musketeers (Val Frager, myself, and John McCright) at the game control center. The remaining photos show some of the players hard at the game, in the La Sala room at the La Jolla Beach & Tennis Club. The last photo provided by me at game finish on Sunday shows a great sunset view of the beach front looking out from the venue of those that played which left a happy and indelible imprint on the players of a fun bridge weekend whether they got points or not.

In summary the hundreds of hours we spent was rewarded knowing our team did a great job for bridge, newer players, the ACBL, and our unit. 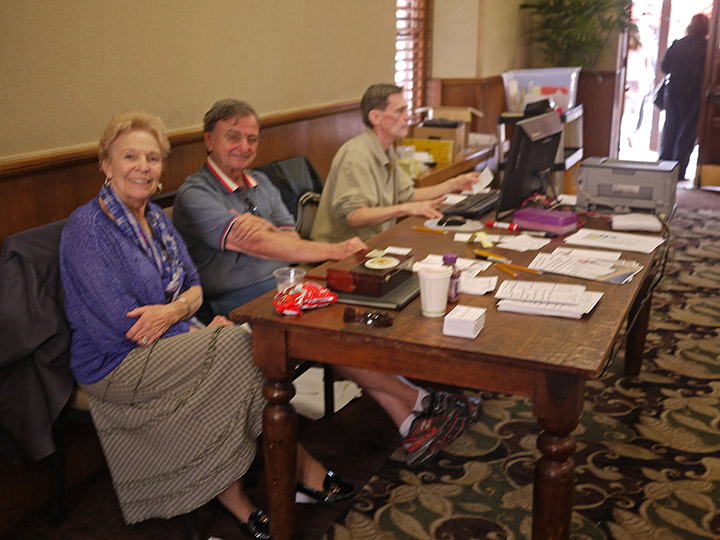 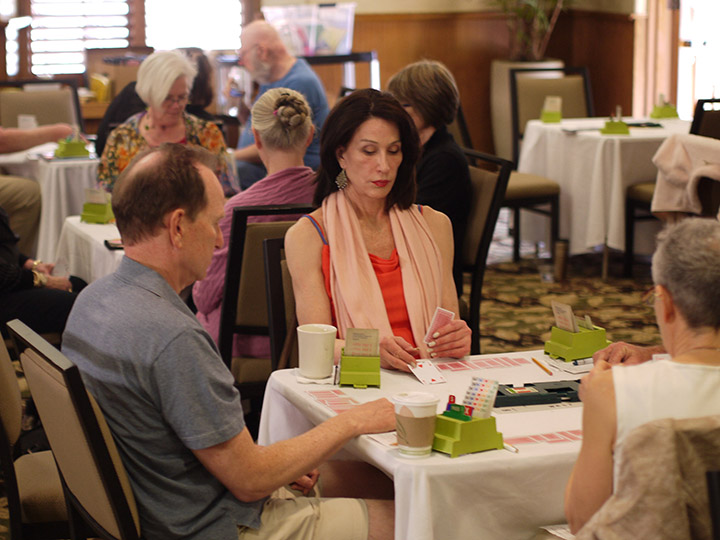 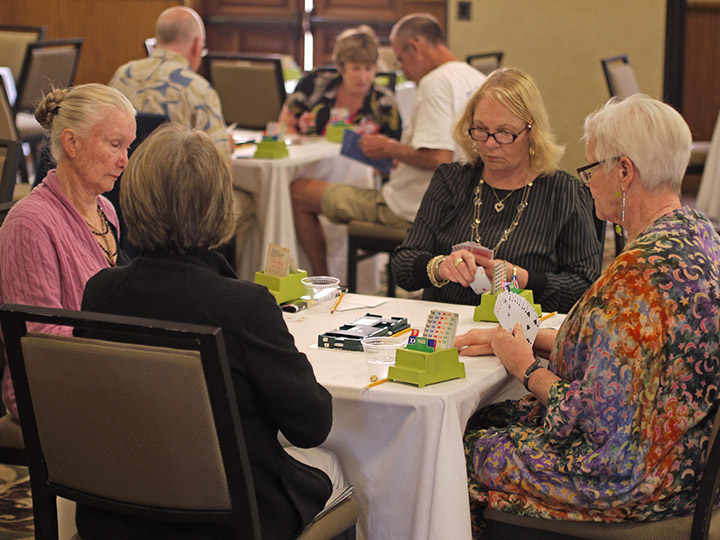 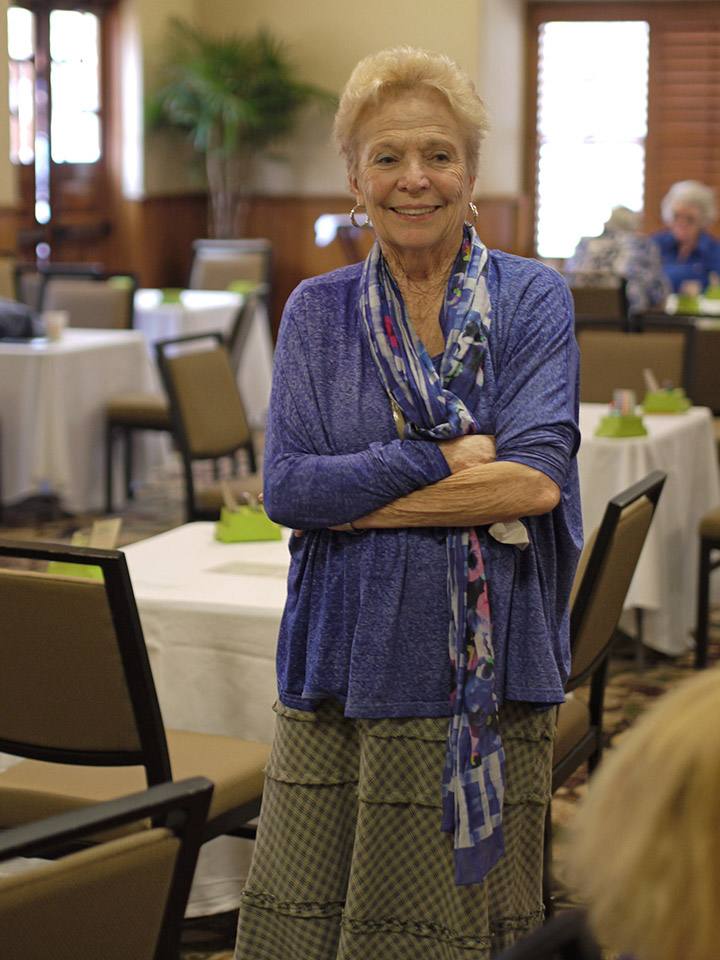