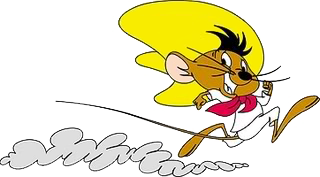 Tournament bridge is a timed event. But some players never got the message. I’m sure you have been trapped behind a slow pair before, forced to start every round late. Or maybe you have heard your opponents begin the bidding 1♠ 2♠ and waited an eternity for opener to come up with a second bid. Or worse you have partnered with a slow player and found there is never time to stretch, grab a snack, or run to the restroom. It gets to the point where you can choose the correct card from dummy 95% of the time seeing only one hand, though glaciers melt before your partner reaches the same conclusion.

But it doesn’t have to be this way. You too can be a fast player. The secret is to save little bits of time here and there without rushing and to anticipate the actions of the other players.

In a timed chess game, it is crucial to think on the opponent’s time, anticipating his most likely moves and your possible responses to each one. The same skill is essential if you want to be a fast bridge player.

Suppose partner opens 1♣. Immediately start deciding what call you will make if RHO passes, if RHO overcalls 1♦, if RHO overcalls 1♥, etc. The order of consideration should be dictated by your hand rather than strictly up the denominations and levels. For example, if you are short in spades, it is quite likely that RHO will overcall 1♠ or preempt 2♠. So after deciding your call if RHO passes, work on the 1♠ and 2♠ cases next. Your thinking might be, “will I make the dodgy looking negative double or pass?”

If partner preempts and you have support, decide how high you are willing to extend the preempt or whether perhaps a 2NT response is merited with a strong hand.

If partner opens a major and you make a simple raise, decide what you will do if partner raises to the three level or makes a help suit game try in each of the three side suits.

If you are in second seat, figure out what call you will make if the dealer passes. If you have a short suit, decide whether you will double if dealer opens or preempts in that suit. Then think about what one level overcalls you will make (if any) if RHO opens at the one level.

You cannot anticipate every scenario. Partner may open 1♦ and RHO may put in a 4♥ bid before you have gotten anywhere near to considering that case. Or RHO may bid 2♠ (alerted) and when you ask for an explanation, you are told it’s Butterfield-Duncan three way bid showing either a club preempt, 5-5 in the red suits, or a 22-24 balanced hand. Rarer cases aside, you will have a prepared call 50-80% of the time. Get it on the table. One advantage of the anticipated action is that you are playing in tempo (a fast tempo), whether you have a solid bid or a sketchy bid which is good ethics. Second, it is human nature to trust what looks like confident bidding. Sometimes you’ll get away with things, at least until your opponents realize you are playing fast because you are thinking on their time rather than because you always have the perfect hand for your bid.

All this anticipating may seem like work but it rapidly becomes second nature and keeps you focussed on the game. Another benefit is that you will find it much easier to remember the auctions and many of the high cards after the session. Usually, there will be some consideration to jog your memory, for example, “I was prepared to splinter… but RHO interfered” or “I thought about responding 1N but rejected the bid because I only had 8xxx in overcaller’s suit.” Or, “I was exactly 4=5=1=3 because I was debating between a 1♥ overcall and a takeout double if dealer opened 1♦ before he actually opened 1♠." Sometimes what you were thinking about during the auction can even help you during the play if your mind wanders and you forget your starting hand.

If you hold the ace in front of dummy’s KJxx you should anticipate declarer leading up to the combination. If you hesitate when the moment arrives, declarer will place you with the ace and get it right. If you duck smoothly, declarer will be at a guess if partner has the queen and declarer doesn’t have enough information from the bidding and play to place you with the ace. But don’t duck reflexively. Anticipate whether declarer could possibly have a singleton or perhaps a doubleton where the second diamond could be pitched on a winner in dummy if you duck.

When you have a discard coming, particularly your first discard, try to plan which card it will be, both consistent with your partnerships signalling methods and the overriding imperative of trick preservation. One frequent decision is whether to make an encouraging discard in suit or a discouraging discard in another suit, hoping partner can then infer which suit you prefer.

Is it a one or three hand? When the offense has a 5-3 trump fit, declarer would often like to draw exactly two rounds, preventing a ruff by the defender with the short trump while retaining control with the last trump in dummy. If you have the ace of trump, it is often right to duck one round, leaving declarer with the unpleasant choice of drawing one round or having three rounds drawn.

There are many more cases. Defense is hard and experience helps you anticipate better. Try to categorize each hand into one of the five main lines of defense: being active (establishing and cashing winners), being passive (trying to make declarer break suits, e.g. Jxx vs. Qxx), forcing declarer, cutting down ruffing power (i.e. repeated trump leads), and creating tricks with your trump (i.e. ruffs/cross-ruffs or trump promotion / uppercut). You will not always be right, not every defense fits neatly into one of these categories, and some situations are a tradeoff, e.g. partner can get a ruff but at the cost of destroying a natural trump trick. Nonetheless, forming a high level plan for the defense early in the play will make you a better and faster defender. Burt and Lynn Rose-Hall’s book How the Experts Win at Bridge has a good discussion of these main lines of defense but any good book on defense for intermediates will cover them explicitly in some form.

The purpose of claiming is to save time when the outcome is obvious. However, “obvious” and whether you will save time depend on the skill level of your opponents and what they think of you as a declarer.

Some situations are tough. Being a fast player doesn’t mean playing quickly all the time. If you and your partner are both fast players there should be plenty of time to think when you need to at team play and usually enough time at pairs. Here are some situations that I find vexing:

Get on with it

Don’t waste time in these situations: