This page is an index to projects which analyse bridge data. 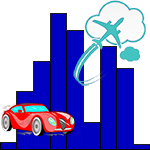 How far do players travel to NABCs and regionals? Does travel behavior vary significantly from district to district? Can tournaments be classified into types based solely on the shape of their travel histograms? See the results for all the 2015 NABCs and regionals. 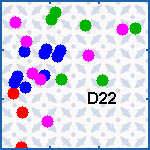 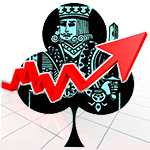 The ACBL has just over 3000 clubs. How many tables does a typical club have in a year? What is the distribution of club table counts? Which ACBL districts has the highest number of club sessions per member? To what extent do the biggest clubs dominate the total club table count? Do big clubs significantly raise a districts average number of club sessions per player? See the results. 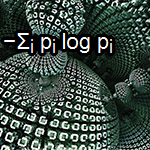 Is field protection a meaningful concept? Does a stronger field provide greater field protection? How many unique results are there on a typical board in a big field? How large does a pair game have to be to avoid undersampling? Take a mathematical journey and find out. 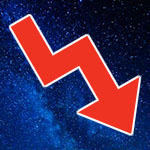 The prognosis for evening bridge is grim. Though total club table count has remained nearly constant for the past 25 years, the percentage of those tables played in the evening has fallen from 44% to 16% over the same time period. Utter annihilation of the evening game looks certain within 15 years but collapse due to low table counts will probably occur within half this projected timeframe. See the data and plots. 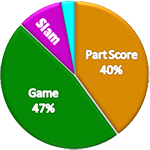 What is the double dummy breakdown of part score, game, slam, and grand slam contracts? What do real bridge players bid? How does their bidding change as they become stronger players? Do players at regionals behave differently from clubs players? See the results.

The Silence of the Lambs

A 3-3 split is nominally a 35.53% chance. But actual bridge hands include information from the auction. Since it is easier to compete with good shape, opponents who do not compete will on average have flatter hands. How much does the probability of a 3-3 split in a side suit increase when the opponents are quiet? See the results for some common auctions.

Balancing Statistics After One of a Suit

How many HCP is your side likely to have when you are in the balancing (pass out) seat after the auction has gone 1♣/1♦/1♥/1♠ – Pass – Pass to you? How does it change depending on how many points you hold? How many HCPs are opener, responder, and your partner likely to hold? What is the range of the range of possibilities? See the simulation results. 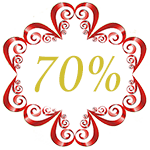 The Payoff Matrix was introduced last October and results were presented for the La Jolla unit game and San Diego unit game. Now matrices for the Esplanade Club games and the Eastlake Bridge Club games are available for every session using data from the entire 2013 calendar year. Take an in-depth look at what is happening across San Diego. 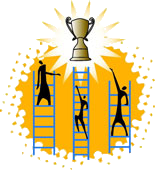 Slams are not rare. Double dummy, an amazing 13.6% of hands contain a slam (or grand slam). That’s an average of 1.84 slams for your side in a 27 board session. Is your partnership bidding and making enough slams? How well do strong partnerships bid slams and what types do they bid? Read more.

Which regular partnership is the strongest partnership in the La Jolla unit game? How statistically confident can we be about any determination?

Two years ago I examined how many masterpoints players gain on average in a year based on how many masterpoints they have at the start of the year. The most interesting result was a steeping of the curve starting at roughly 1000 MP, suggestive of a qualitative difference between players above and below this cutoff. Since then there have been changes to the masterpoint allocation, notably a curtailment of the triple point charity games. See the 2012 results.

Who plays with whom? How often? How well do they do on average? What percent does your partnership need to average to be in the top 10% in a game? Who is promiscuous? For an in depth look at our social network, read more.

Where are the bridge players in the Patchwork Nation?

The first 1000 masterpoints are the hardest

It is no surprise that on average the more masterpoints you have, the more you gain per year. But what do the actual numbers look like and is there more to the story? Read more.